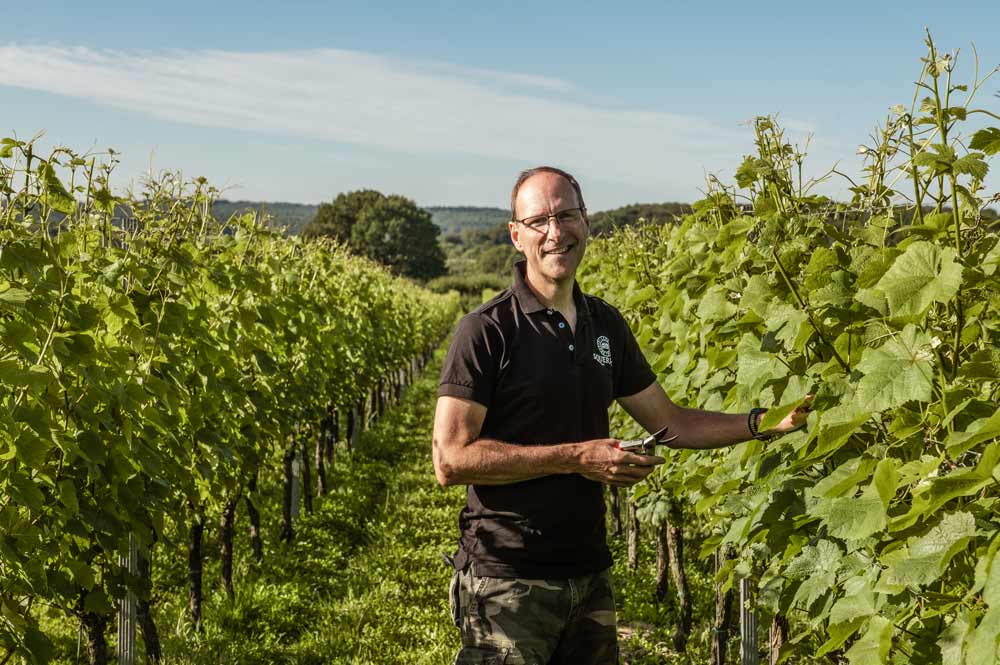 From the City to a Vocation in the Vineyard

In our latest blog, we catch up with trainee vineyard manager Richard Dyson, who tells us how he swapped a career in the capital for a vocation in the vineyard…

So, Richard, how did you get involved with Squerryes?

Having spent 30 years working for a London investment company, I did a couple of WSET courses in 2017. I did a little picking on one or two vineyards in Kent, including Squerryes, who were looking for a brand ambassador at the time. I’d already been a member of Squerryes for five or six years, and began to do tours and tastings in 2019, which was cracking fun.

How did you get from there to becoming a trainee vineyard manager?

My passion is very much in the countryside, and I was given the chance to fill a role working closely with John Warde (the 7th generation of the Warde family and architect of the vineyard when it was first planted in 2006). I’m learning as much as I can from his experience and knowledge, while also going to Plumpton College for an apprenticeship programme in vineyard management, to learn more about modern viticulture techniques.

I did a short course there back in June, which provided a great insight into the biology and challenges of the vines and seasons, as well as a whole host of different skills, such as pruning. It’s very much a complement to what I learn on the job, having experts at Plumpton share their knowledge, and bring me along for a theoretical and practical perspective. It’s a really great college and highly recommend it if you’re considering a career change and want some formal training or qualifications in viticulture.

Tell us about this year’s harvest…

We’re going to get there, which is the good news! At the end of August following a really cold month, we had our head in our hands as there was a strong chance we wouldn’t have had a harvest at all.

Although it’s later than usual, Squerryes’ harvests are never any earlier than October, so we’re looking at the latter part of the month. That said, we can be picking into November, which is one of the features of Squerryes, whose vineyards at high altitude are just a little bit cooler than most places, giving us very long growing seasons, allowing the fruit to mature naturally on the vine.

Our Pinot (red) fruit is ripening very nicely, our Chardonnay is just a little behind, but confident that when we start harvest we will have the right balance of acidity to sugars in our fruit. It’s an exciting time, physically exhausting, but incredibly rewarding to have picked the last bunch and see the base wines in tank.

How does it feel to be working at Squerryes at such an exciting time for English wine?

I wake up every day with a huge enthusiasm and excitement to be heading off to the vineyards. We’re part of a really exciting period in the English wine scene with so much change and growth afoot.

At Squerryes we’ve had successive years of some fantastic awards, including Best in Show at the Decanter World Wine Awards and ‘Best English Sparkling Wine’ in the International Wine Challenge, recognising the quality of the fruit we grow on the North Downs and the credibility of our terroir.

Who wouldn’t be excited to work in an industry that’s going great guns and for a wine brand that is consistently being recognised as one of the best in the UK?!

And your favourite Squerryes wine?

I love the Blanc de Blancs. The 2014 vintage is absolutely wonderful, and I think that when we release the 2015 shortly, that’s going to be even more of a knockout. Where Squerryes excel is in ageing its wines, the concept of patience and the quality of time delivering some real showstoppers.

Finally, what are your hopes for the future at Squerryes?

I’m incredibly excited by Squerryes’ sustainability plan, in particular how I can play my part in the vineyard. That’s a project that I’m working on with Henry Warde (8th generation and owner of Squerryes) that fits in with his plans for the estate overall.

In the next couple of years, the development of a new winery on the estate will be a significant step forward, as all elements of our winemaking will be done onsite, which will be so exciting to be part of.

All
Estate
Experiences
Food
People
Restaurant
Wine
Back to Blogs

A very, very warm welcome to Squerryes blog, here you'll find all the latest news from our team.

Thank you! Your submission has been received!
Oops! Something went wrong while submitting the form. 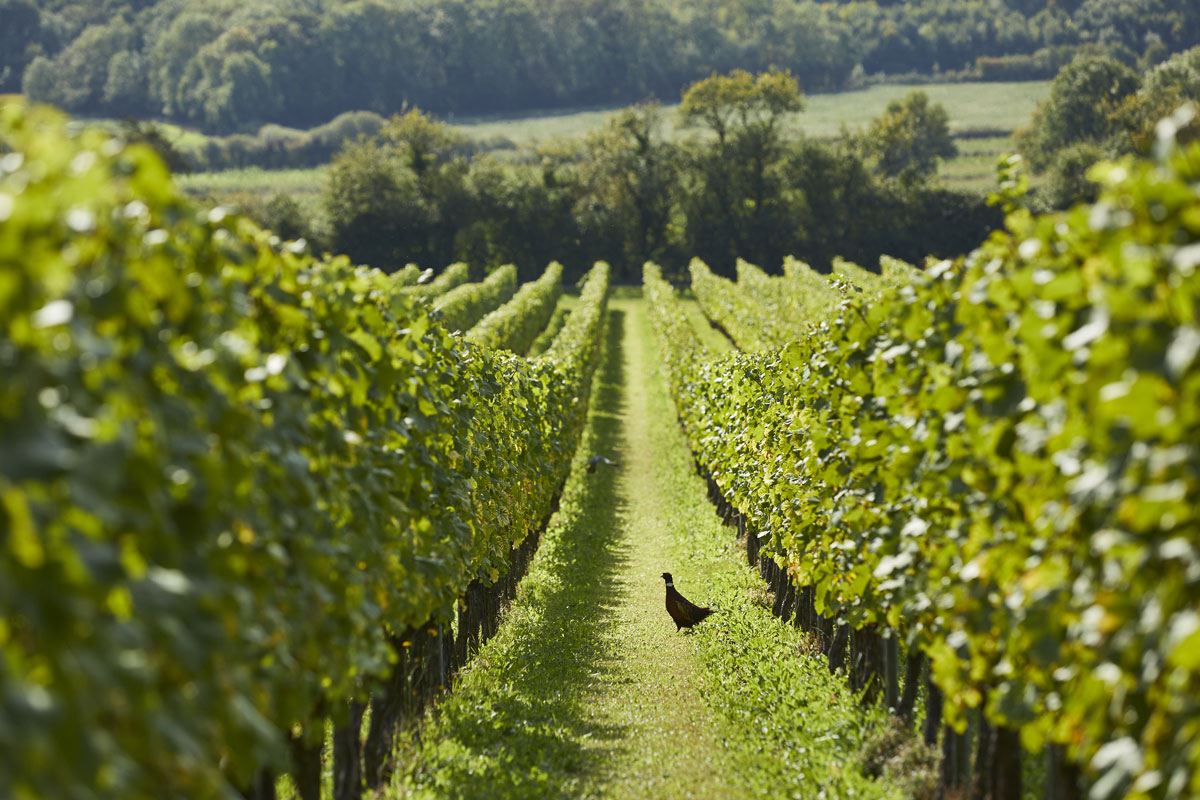 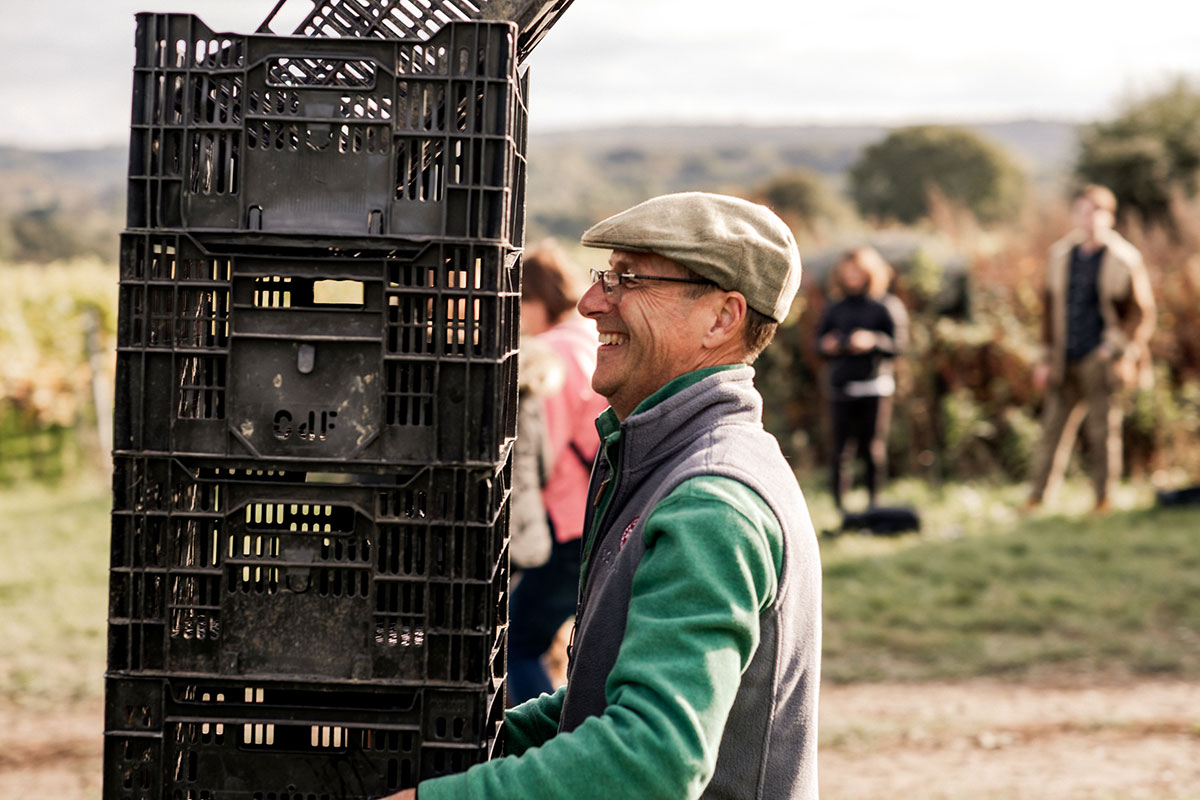 It’s an exciting time to be part of Squerryes. We’d love you to join us on this journey, and so we are inviting customers to become members of Squerryes family.

Membership is exclusive – there are only a limited number of spaces we can fill so join today and become apart of our family.
We’ve been in the business of
creating joy for the last 300 years
So come and sample a little, we hope to see you soon...
Say Hello! ...visit Winery
©2018 Squerryes Winery, Beggars Lane, Westerham, Kent, TN16 1QP / Privacy Policy / Winery Access Statement / 01959 562345 / celebrations@squerryes.co.uk

We use cookies to enhance your experience. By continuing to visit this site you agree to our use of cookies. More info
Accept cookiesCLose